Zebiba (Arabic for “raisin”) has been training at the site for five years, since she was 9, following in the footsteps of Egypt’s most famous athletes of all time – including the first Arab, female, two-time Olympic medalist, Abeer Abdel Rahman, and World champion and Olympic athlete, Nahla Ramadan. Nahla’s father, the visionary Captain Ramadan, has bred champions, female champions, from his makeshift corner–lot training site for over two decades – 4 Olympic, 9 World and 17 Pan African champions.

Now it is Zebiba’s turn. But can Zebiba put aside her youthful instincts, and direct her focus to be the weightlifting champion the Captain is sure she is? 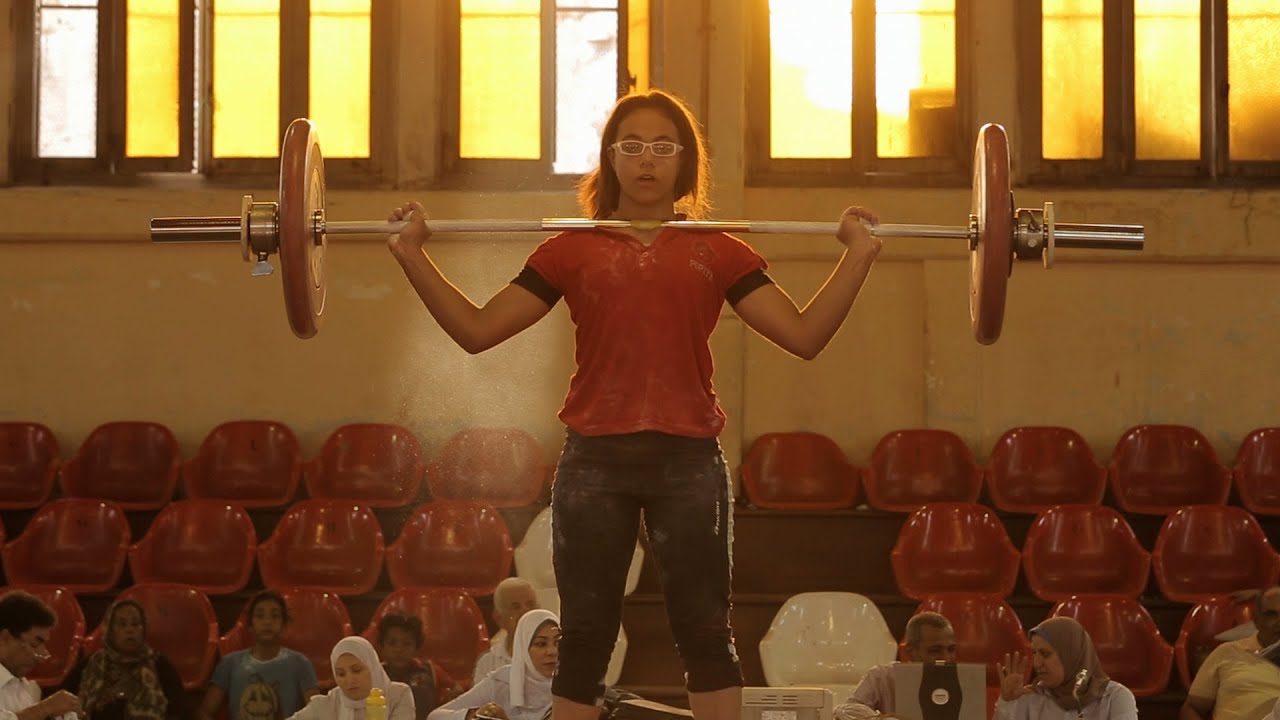 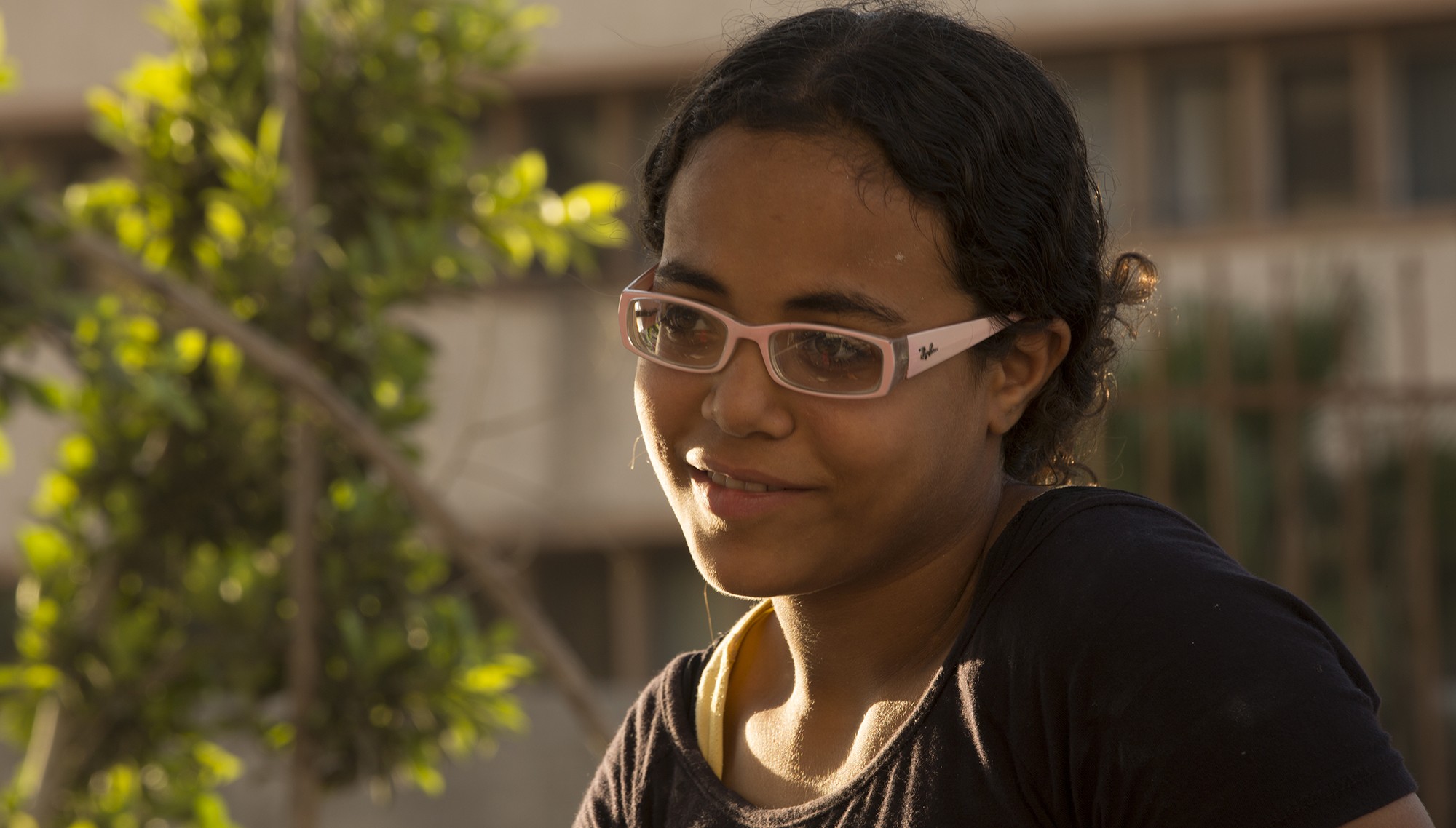 Zebiba's real name is Asmaa Ramadan. Although her last name is Ramadan as the Captain's, she is not his daughter. It is just a coincidence or maybe not that they share the same last name, since the two share a very special relationship. It was Captain Ramadan Who nicknamed her Zebiba (meaning Raisin in Arabic), because when she first started  training, she was so little and as tiny as a raisin.

a former weightlifter who has been coaching women weightlifters for more than 20 years. He has a proven track record of success and more than 400 medals. He is the coach/father of Nahla Ramadan and Nagham Ramadan; the first Egyptian/Arab women to play weightlifting. Yet, Nagham the eldest is a junior world champion bronze medalist while Nahla is a world champion gold medalist, a former world record holder and an Olympic athlete. Captain Ramadan is also the coach of Abeer Abdel Rahman, who is the first Arab female 2-time Olympic medalist Weightlifter.

After a successful journey of screenings in various film festivals across the world,

Lift Like a Girl is now available to stream or watch on TV or in theatres. 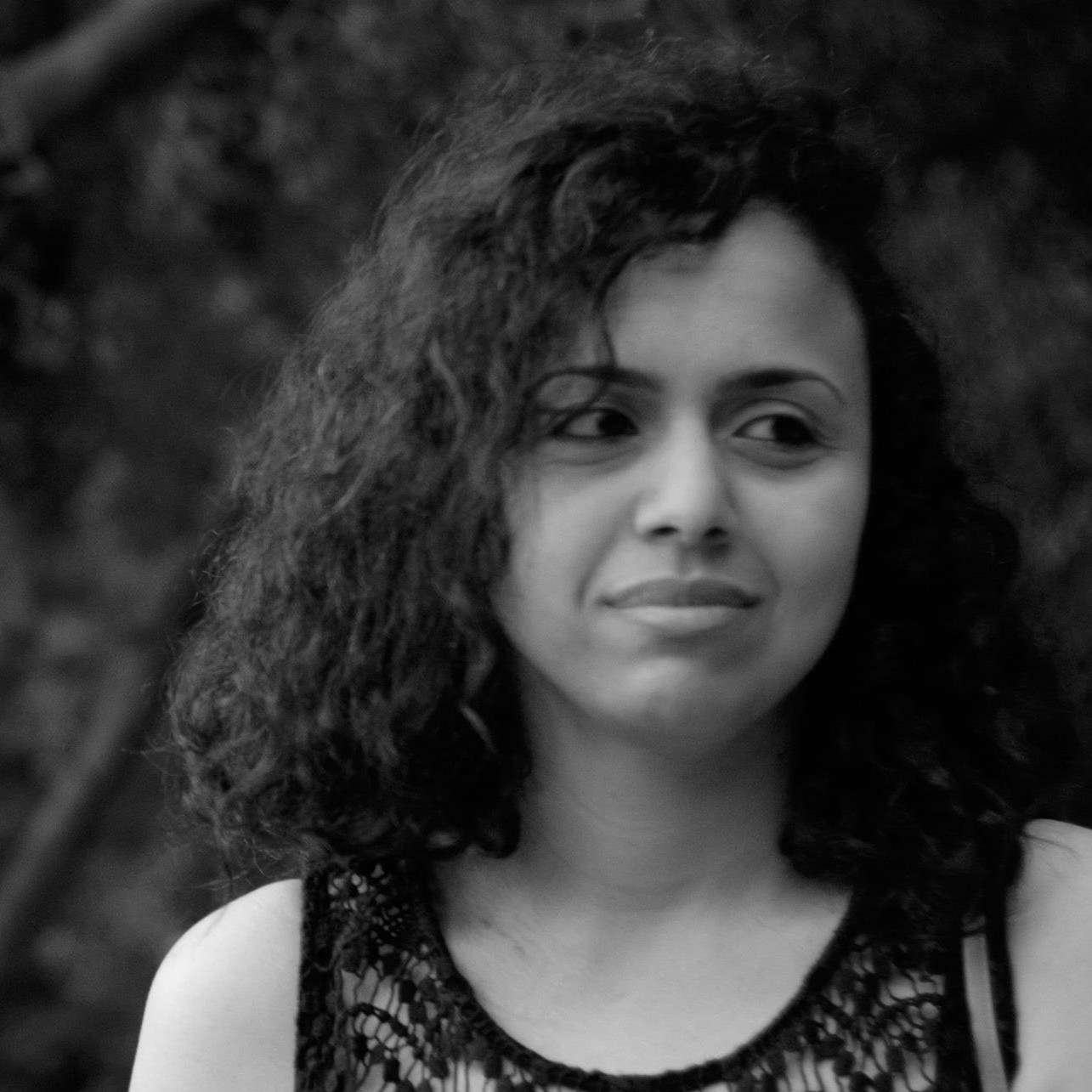 An Egyptian filmmaker and the founder of Cléo Media for production and impact distribution in Alexandria. After studying Telecommunications & Electronics Engineering in Alexandria University, she studied filmmaking in the Jesuits Film workshop. Then she received the Fulbright scholarship and studied cinema and media studies in Wellesley College and Innovations in Documentary in MIT in 2011/2012 in the US. She is the recipient of Film Independent's Global Media Makers Fellowship in 2017 and 2019. She’s also an alumna of Berlinale Talents, Mediterranean Film Institute, Documentary Campus Masterschool, DOX BOX and the American Film Showcase documentary program in USC School of Cinematic Arts. Mayye is a film director, producer, director of photography and editor.  In 2013 she co-directed, co-produced and co-shot the collaborative feature The Mice Room (Dubai FF 2013, Sao Paulo FF 2014) with 5 other filmmakers. In 2016 she made the award winning short A Stroll Down Sunflower Lane (Berlinale 2016, AFI Fest 2016, Best Experimental Film at Sharjah Film Platform 2019). During the period (2013-2019) Mayye co-founded and Worked in Rufy's Films. 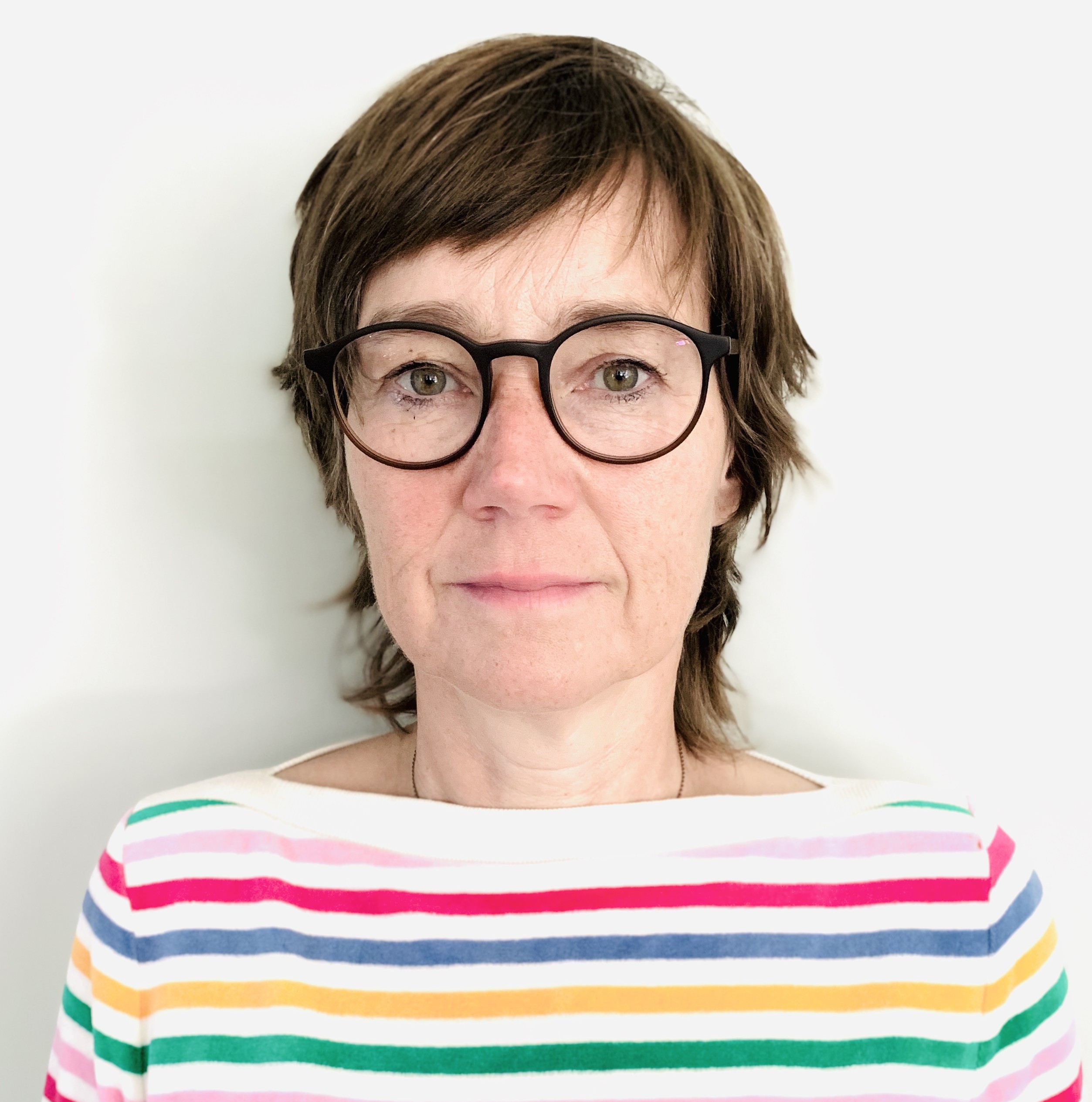 Anke Petersen has been an executive producer of high quality commercial films for international institutions and companies for many years. For more than ten years, she has been one of the main producers of the awarded Tony Petersen Film GmbH, which has been producing creatively ambitious films for more than three decades. In 2012 she produced her first documentary “Calle del Arte” in co-production with ZDF/arte and thereafter founded her own production company JYOTI Film, focusing on social issues. 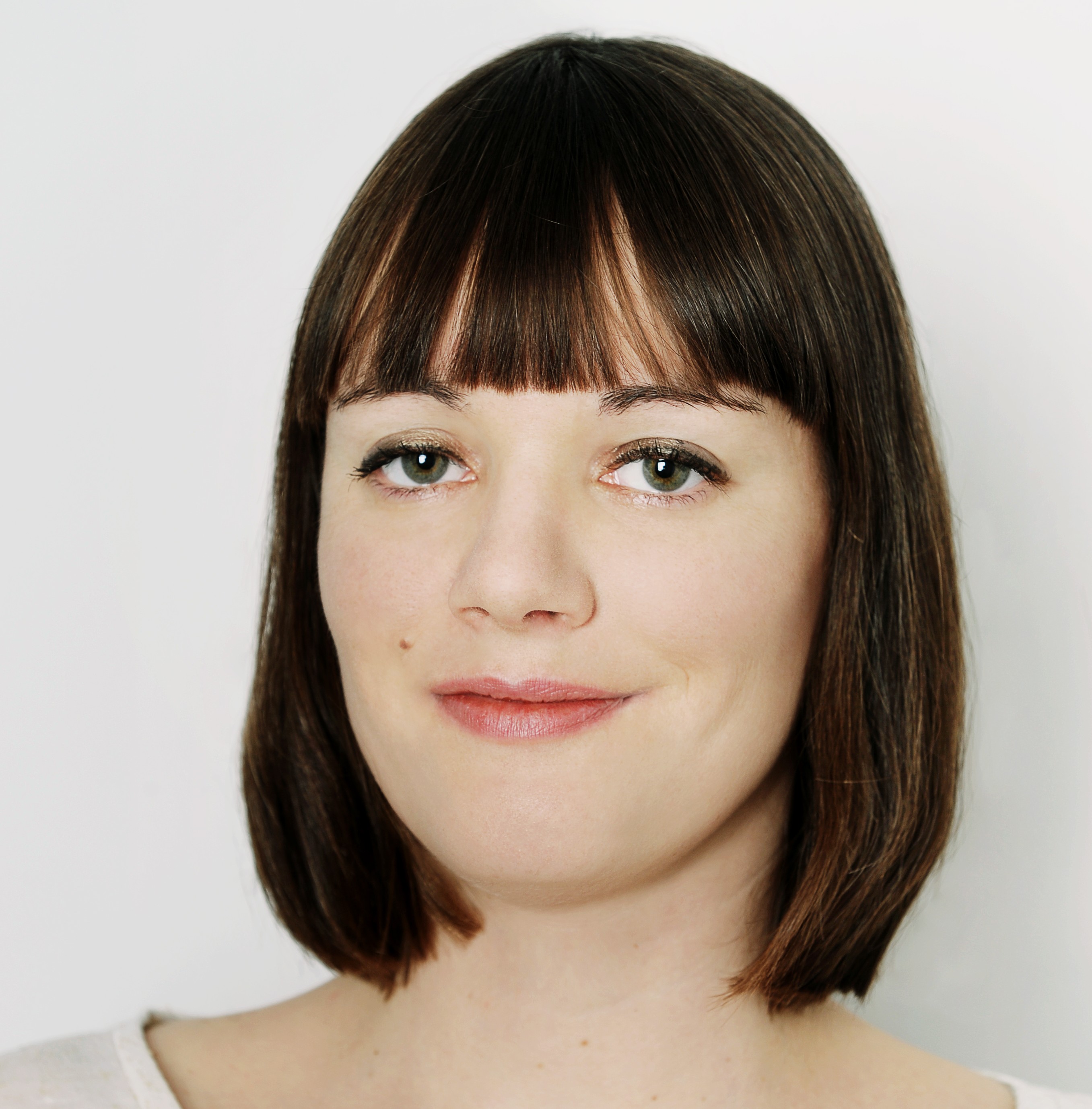 Anna Bolster joined Jyoti Film in February 2014 as a creative producer. For the past seven years she worked in the editorial department of several companies. From her early childhood on Anna’s passion have been well-told stories. In her sight the world is full of stories worth being told, some are new, some have a new angle or twist. She loves to support authors in developing their projects and the organization around the realization of the film. Anke and Anna are open to the change of time and are interested in finding new paths in storytelling and documentary making. 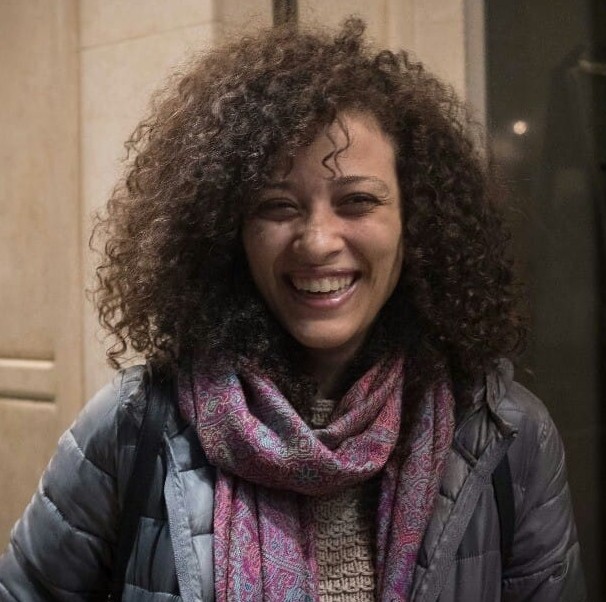 Sara Abdhallah is an Egyptian editor based in Cairo. She holds a Bachelor's degree from the Faculty of Mass Communications, Cairo University. Following her graduation she finished a one year program of low-budget filmmaking at the Jesuit's Cinema School in Cairo. Sara worked as an assistant editor in the features films: Heliopolis (Palm Springs FF 2009), Microphone (Best Editing at Dubai FF 2010, Best Feature in Istanbul FF 2011), Rags And Tatters (Toronto FF 2013, Best Feature in Cinemed 2013), and the feature documentary Tahrir 2011: The Good, the Bad, and the Politician (CICT-IFTC Award in Venice FF 2011). As a main editor, she edited the feature films EXT. Night (Toronto FF 2018, Stockholm FF 2018) and Decor (London FF 2014), as well as the two documentaries In the Shadow of a Man (Berlinale 2012) and Handstand. 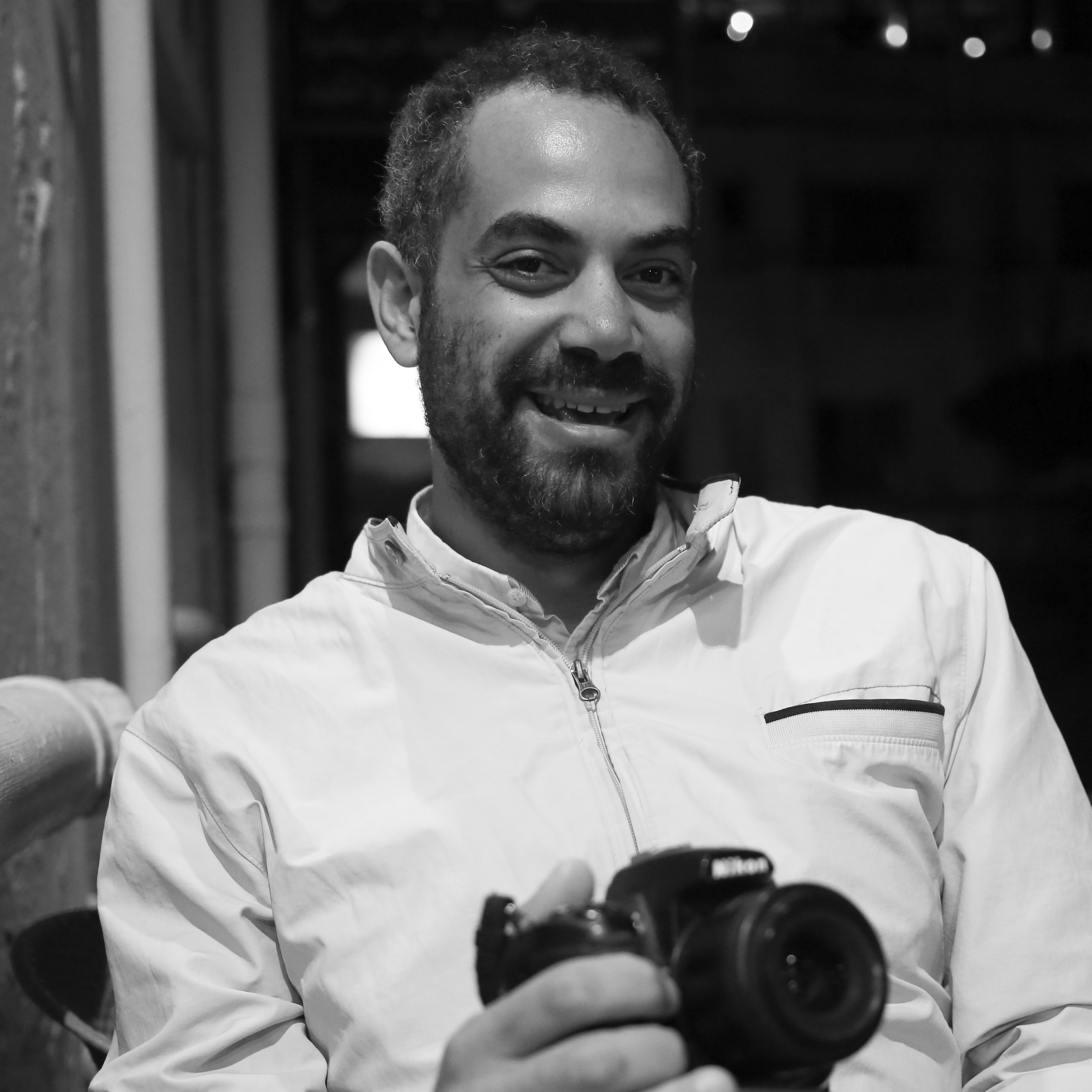 Mohamad El-Hadidi is a Berlin based film director, producer and cinematographer and a co-founder of Rufy’s Films; an independent film production house based in Alexandria. He studied independent filmmaking in the Jesuits Cultural Centre's workshop in Alexandria in 2009/2010. He is also an alumna of the Berlinale Talents 2018. He started working in films as a cameraman and an assistant director in Ibrahim El Batout's feature Hawi in 2010. As a photographer he received many prizes like the European Union Prize in 2011 and Egypt Photo Marathon Grand Prize in 2012. He was also shortlisted in the Google Photography Prize in 2012. As a cinematographer, he shot Mayye Zayed's short A Stroll Down Sunflower Lane (Berlinale 2016, AFI Fest 2016). He also shot several feature documentaries including Little Eagles (Dubai FF 2016, Best Documentary in Malmo Arab FF 2017), I Have a Picture (Best Arab Feature Documentary in El-Gouna FF 2017, Best Documentary in Tripoli FF 2018) and Happily Ever After (IDFA 2016). 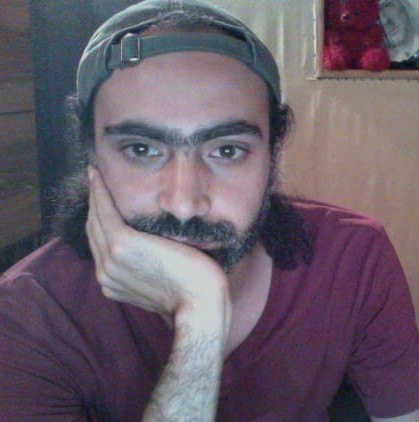 An Egyptian sound designer, editor and recording/mixing engineer based in Alexandria. Since the mid 2000ʼs he has worked on numerous short films, documentaries, as well as feature films, mostly produced by local independent film-makers and artists from Alexandria as well as visiting artists and filmmakers from around Egypt or from abroad. Samir is also a music composer and has composed the soundtracks for many independent shorts and some features like Villa 69 (Hong Kong FF 2014, Abu Dhabi FF 2013). 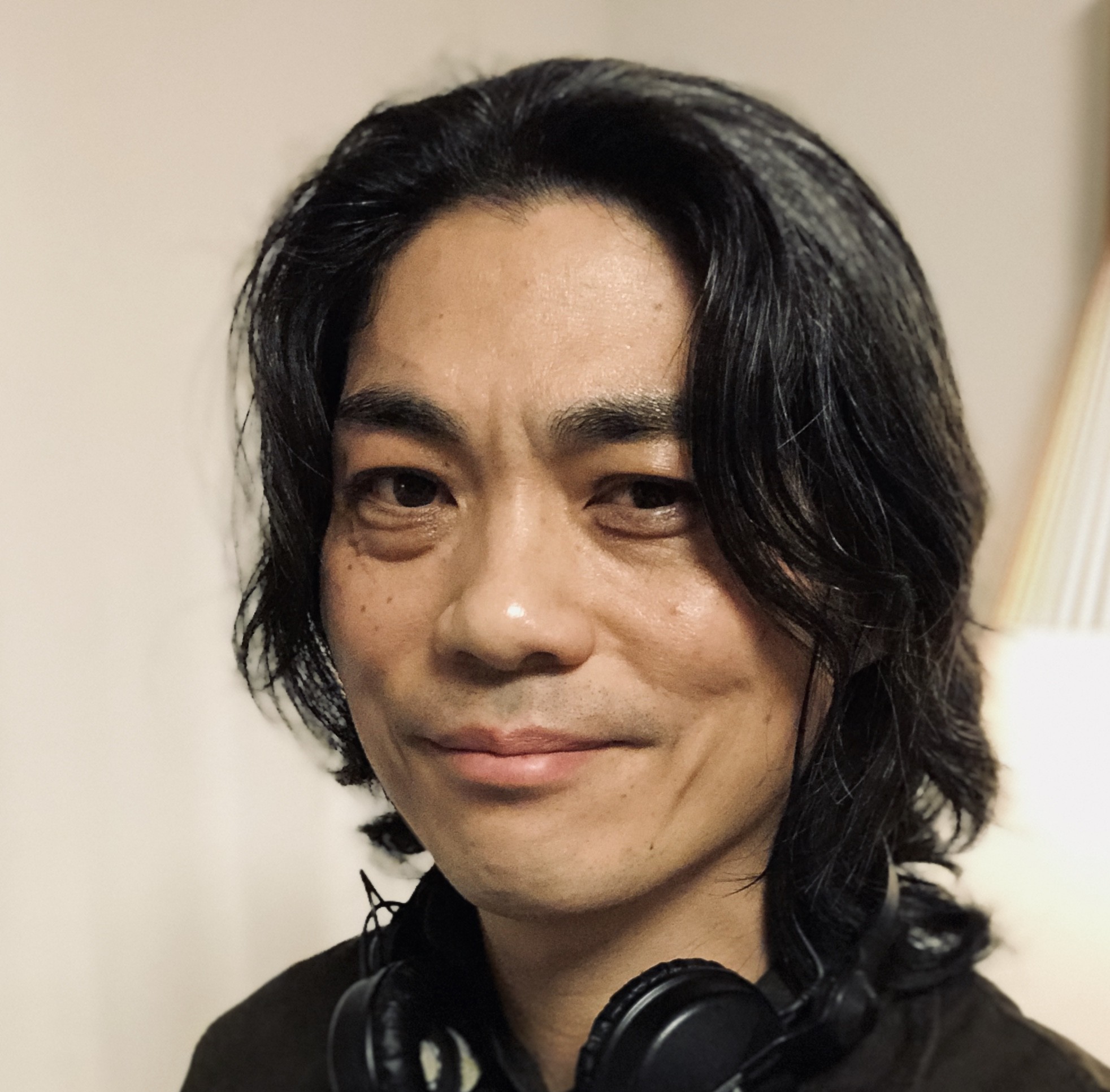 Brian Dyrby is a Danish supervising sound editor, sound designer and re-recording mixer who is based in Copenhagen. Brian Dyrby is a “Guldbaggen” nominated sound designer with over 20 years ofexperience. Since graduating from the National Film School of Denmark Brian has worked in numerous productions ranging from feature films both documentary and fiction, short films, tv-series, VR movies and installations, broadcast productions, commercials and games. Together with Kristoffer Salting, he co-founded “Salting & Dyrby” sound studio in Copenhagen in 2017. 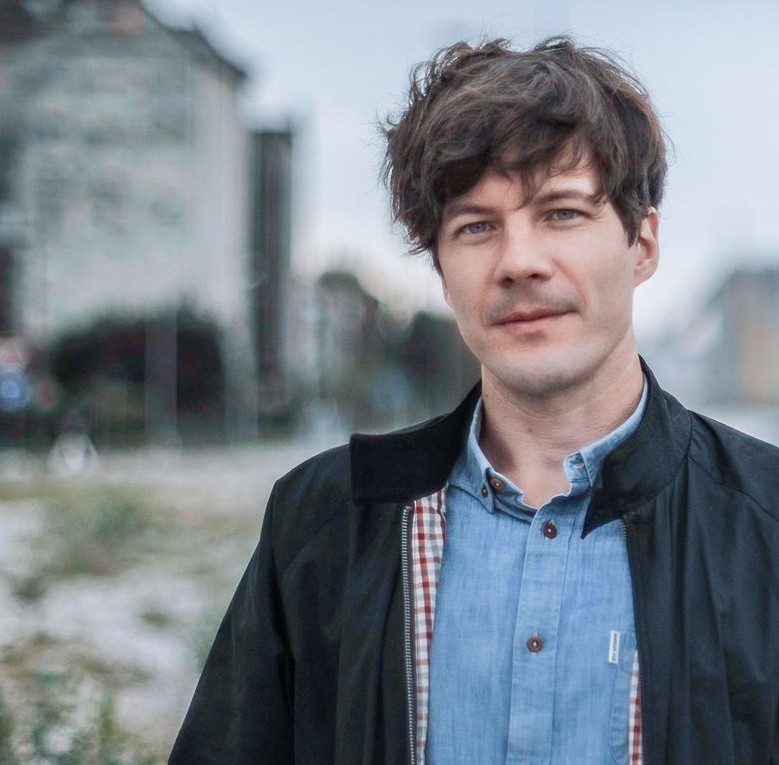 Marian Mentrup is a German sound designer and composer who works between London and Venice. In his filmscores he likes to combine traditional instruments with electronically produced sounds. Marian grew up in Berlin and studied at the electronic sound studio at the Technical University and later diplomated as Tonmeister at the Filmuniversität Konrad-Wolf in Potsdam Babelsberg. He gives workshops and classes at the Royal College of Art in London and had the occasion to work twice with the Goethe Institute in Alexandria, where he met Mayye Zayed in 2010. Marian's previous work includes the feature documentary Song from The Forest (Best Feature-Length Documentary at IDFA 2013)​, The Machine Which Makes Everything Disappear​ (Best international Documentary at Sundance FF 2013) f​Thursday (BAFTA Nomination 2011)​, Never Drive a Car When You’re Dead​ (Best sound & music at Festival d’Aubagne 2009). 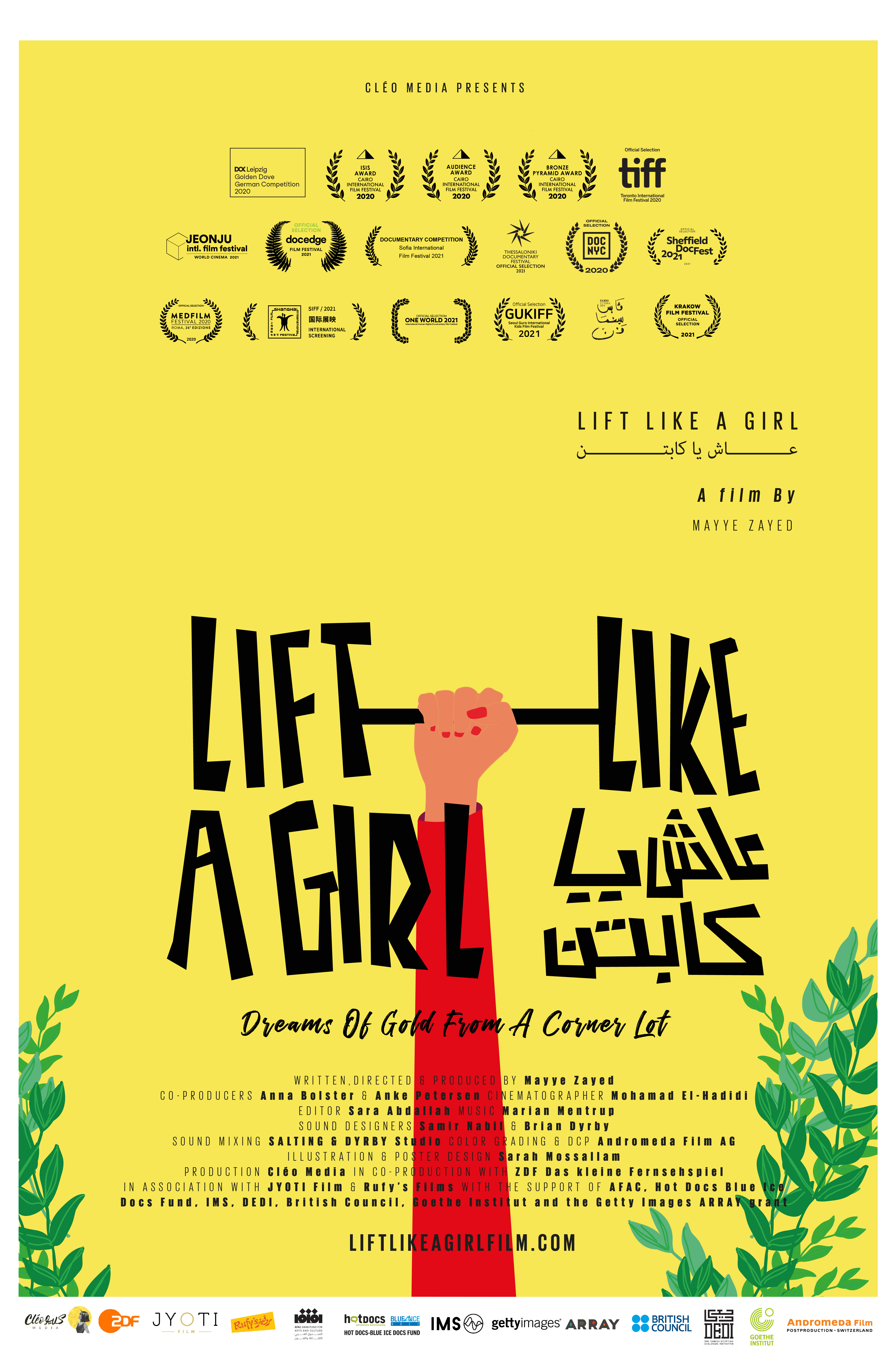 An independent production and impact distribution company founded by the Egyptian filmmaker Mayye Zayed in Alexandria, to focus on female-driven content and projects with women in front of and/or behind the camera across all media outlets, whether commercial or not. It focuses on forms of storytelling that can make an impact and help in creating a social change.

JYOTI means LIGHT in the Hindi language. With the films they develop and produce, the two producers Anke Petersen & Anna Bolster aim to shed light on untold stories. They love to co-produce with partners from all around the world. With the scope of projects, JYOTI Film tries to open new perspectives on internationally relevant topics, inspire the audience and improve the understanding of the unfamiliar. Anke & Anna see documentaries and digital, interactive formats like games as a tool to pass on knowledge in an engaging and entertaining way and thereby give their audiences the opportunity to learn and act for an optimistic future. As female producers of course, stories from and about women are close to their heart.

an independent film production house and a collective of 4 filmmakers based in Alexandria, that dwells heavily on the quality, and the process of making a film and not only its commercial, profit-gaining value. Our main motivation is the passion about the filmmaking process and the drive to learn. It has been producing and co-producing features and shorts in all genres since 2010, that have been screened and awarded in different film festivals all over the world, including the Berlinale, IDFA, AFI Fest, Tampere, Dubai 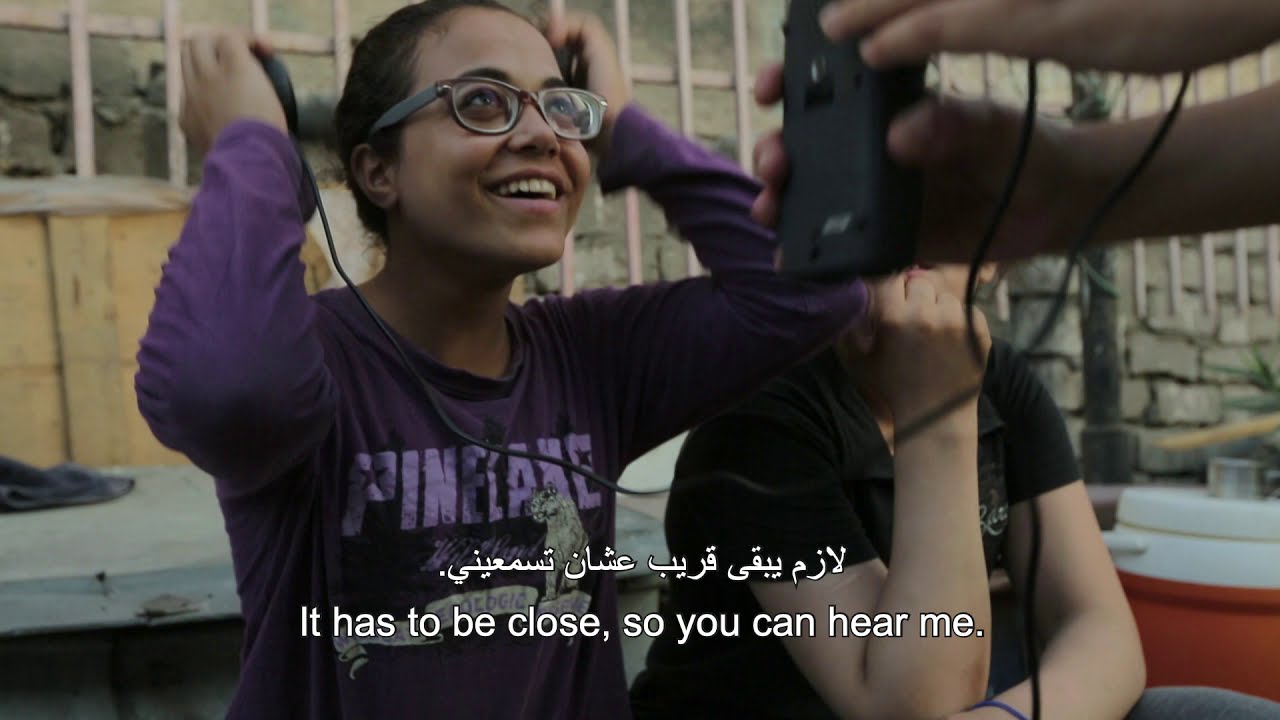 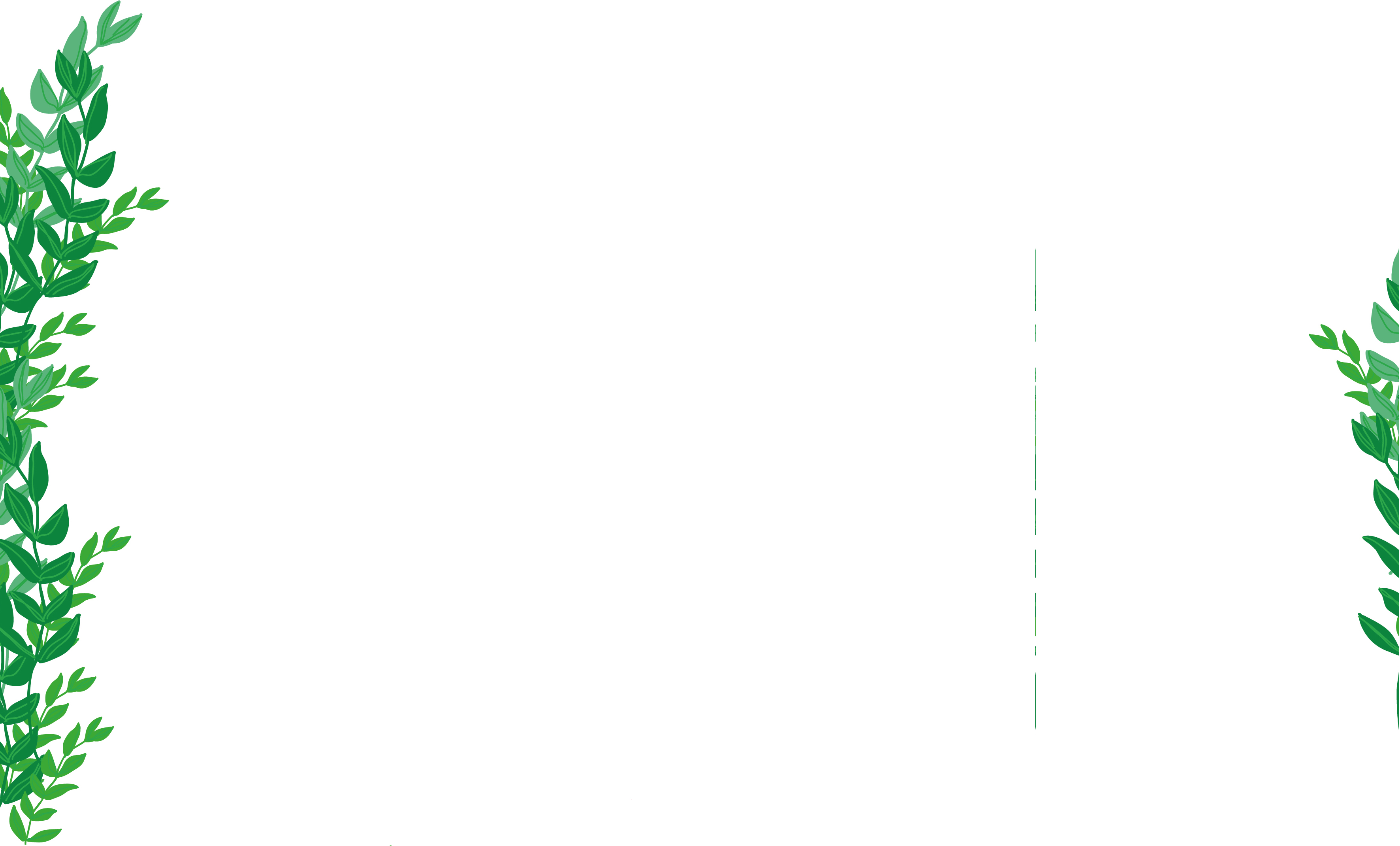 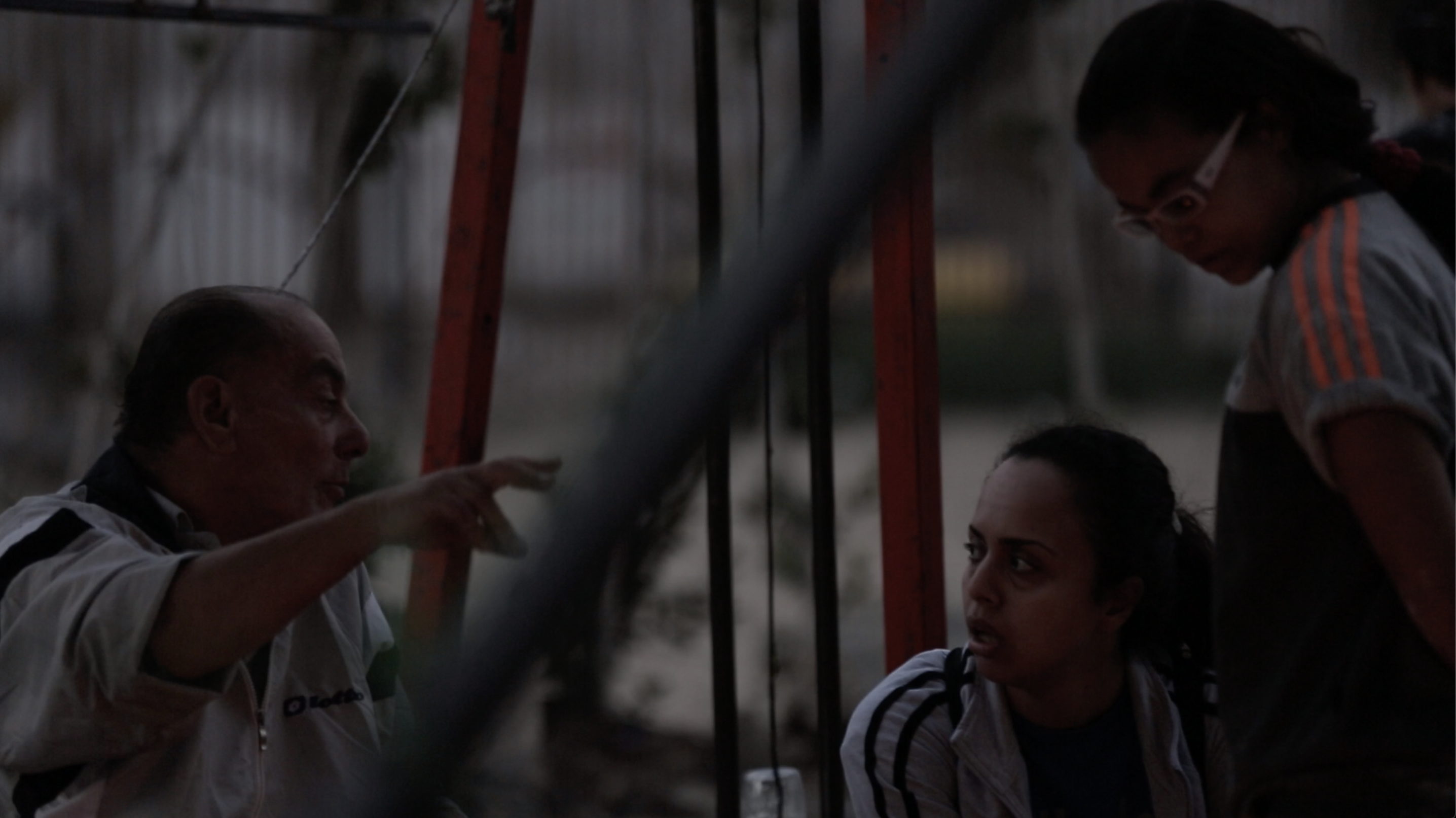 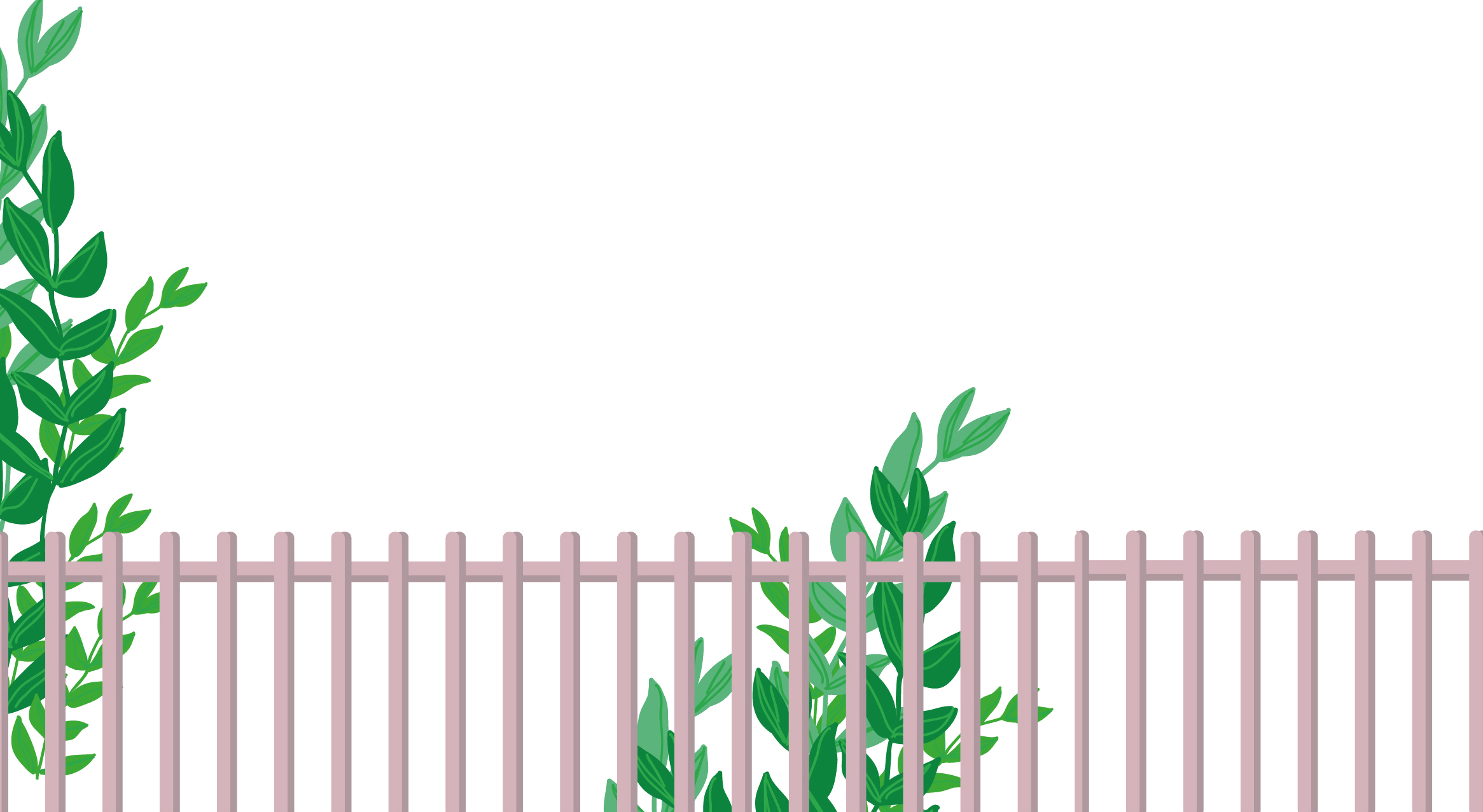